Friend of Anne Frank tells of his escape from Nazis 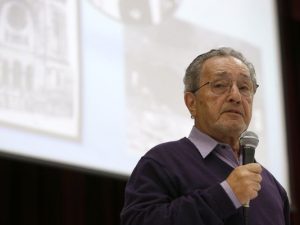 He was 6 years old when he said goodbye to Anne Frank, on the day she left for hiding.

“She had that vision that everyone could be a good person,” said Pieter Kohnstam, who had lived in the Merwede Square in south Amsterdam at the time, in the same apartment building as the Franks. “She was winking and waving… I remember that feeling. Somehow, we knew we would never see each other again.”

It was the morning of July 6, 1942. Kohnstam’s parents had decided to flee German-occupied Holland, instead of disappearing into the secret annex. 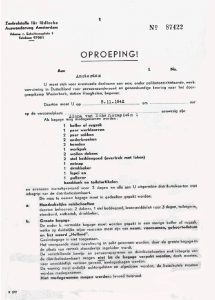 Two days later, a convoy of Nazi soldiers raided the neighborhood. A storm of sirens, blaring truck horns and the butts of rifles bashing in doors ended with orders to arrive for their deportation to Westerbork, a Dutch detention camp that assembled Jews for transportation to concentration camps, in the following days.

Kohnstam, now 79, shared his story of survival to Montford Middle School students on Friday morning, to caution them against indifference, specifically seen in acts of bullying, and to honor the “heroes who risked their lives so that others may live.”

“If I’m going to impart a message today,” he said, “you are going to be the messengers.”

A crowd of eighth-graders filled the school cafetorium, sitting in a sepulchral silence as Kohnstam revisited vignettes from his year-long odyssey to escape to Argentina via Belgium, France and Spain, many of which are included in his 2006 book, “A Chance to Live: A Family’s Journey to Freedom.” 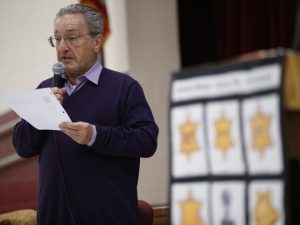 He recalled the time he low crawled on the banks of the Cher River, in central France, waiting to cross to the free French zone of Vierzon, by way of a leaking rowboat. “The German hounds were howling,” he said. “We had to be utterly silent.” Bullets screamed overhead.

The time his family was detained in shacks staged along provincial borders for interrogation. “To make sure we weren’t Jews,” he explained.

The time his mother’s disguise as a male railway worker failed and she was carted off to a women’s camp, subjected to atrocities Kohnstam would not detail.

The time Gerda Leske, a Belgian Christian, hatched and played an active role in a plan for their escape from Amsterdam.

The time Gregorio Casaus, the Bishop of Barcelona, provided documentation that certified the Kohnstams as baptized Roman Catholics, without requiring them to renounce their Jewish faith, ensuring their safe passage to Buenos Aires.

“The only thing left was hope,” he said to students. “Don’t lose your hope, that invisible thing.”

Gripped by the gravity of his experiences, students said that they understood another dimension to the Holocaust through Kohnstam’s story.
“I hope (my classmates) learned that the Holocaust was not only a big deal, but that they understand how hard or tough it was to live at that time,” said Gracie Miller, an eighth-grader and the school’s president. “It was more than a mass killing.” 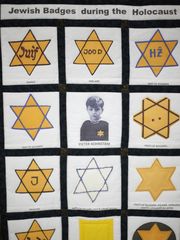 Principal Lewis Blessing said that Kohnstam connecting the Holocaust to current events – the four people who were gunned down at the Brussels Jewish History Museum in 2014; the four more slayed in a Parisian kosher market last January; the two people killed in a shooting at a synagogue in Denmark; and the ongoing Syrian refuge crisis – ensured that his message resonated with students.

Middle-schoolers attend an annual field trip to the U.S. Holocaust Museum in Washington, D.C., where they will continue to make those kinds of connections to history, he added.

“It’s an important message,” Blessing said. “It’s positive to see them rejecting those ideas of hate; to see that they understand that we are all people.”

Check out the Anne Frank exhibit, at the FSU Museum of Fine Arts until Feb. 7. pic.twitter.com/oMXqVWzu6E

An exhibit titled, “Anne Frank: A History for Today,” will be showcased from Jan. 4 to Feb. 7 at the Florida State Museum of Fine Arts, located 530 West Call Street.

Touring from the Anne Frank Center in New York, the exhibit is brought to Tallahassee by a coalition of sponsors, including the Holocaust Education Resource Council, the Dorothy and Jonathan Rintels Charitable Foundation, the FSU Institute on WWII and the Museum of Fine Arts funded through the Peace on Earth Gift.