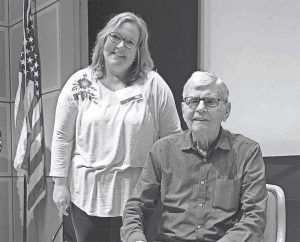 A Tallahassee teacher was selected from a national pool of educators for the U.S. Holocaust Memorial Museum Teacher Fellowship Program.

“I felt very honored to be included amongst such a dedicated group of educators,” said the 15-year educator. “This is so incredibly important because history doesn’t necessarily repeat itself, but it does cast echoes and shadows, and we should be aware of the warning signs of genocide.” 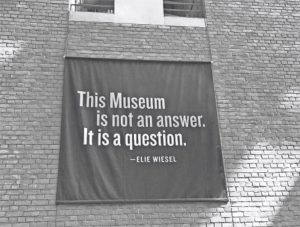 Scenes from the U.S. Holocaust Memorial Museum in Washington, D.C.

The program wants to ensure students are learning how and why the Holocaust happened and strengthen students’ critical thinking about their roles in society, said Kim Blevins-Relleva, the program coordinator.

Educators who work with grades 7-12 are selected for the fellowship. During the week, attendees study the exhibits at the museum located in Washington, D.C. Fantle, who teaches English, which includes a Holocaust literature and film course, said she was particularly interested by a discussion on students’ responses to crisis, contemporary genocide and crimes against humanity. 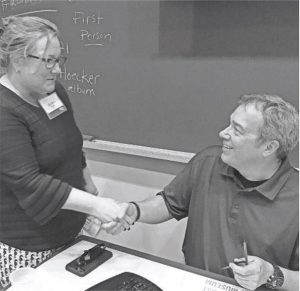 “Drawing connections between the Holocaust and other genocides is so essential,” she said. “We should be actively aware as global citizens in order to prevent the progression of hate toward crimes against.”

Fantle will create an outreach project based on what she’s learned but can’t disclose the details yet.

“We’ve discussed many opportunities for global partnership via technology and through travel,” she said.

The group will reconvene next summer to evaluate their efforts and continue their studies.

To learn more about U.S. Holocaust Memorial Museum and its programs, visit www.ushmm.org. For local information about Holocaust education, contact Barbara Goldstein at the Holocaust Education Resource Council (HERC) by email at barbara@holocaustresources.org.