I Saw It in the Movies Series – Denial (CANCELED) 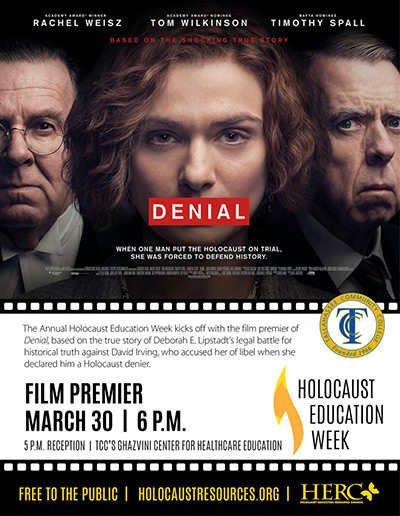 The HERC Film Series is combining with the TCC/ HERC Holocaust Education Week and showing the 2016 film DENIAL on March 30 at the Ghazvini Center. DENIAL is the story of the legal battle of Deborah Lipstadt, a renown American Holocaust historian, after she is sued for libel by the British Holocaust denier David Irving. In the English system the burden of proof is on the accused, so Lipstadt must prove that the Holocaust occurred. A compelling battle between the tactics of deniers and the truth of the Holocaust ensues.