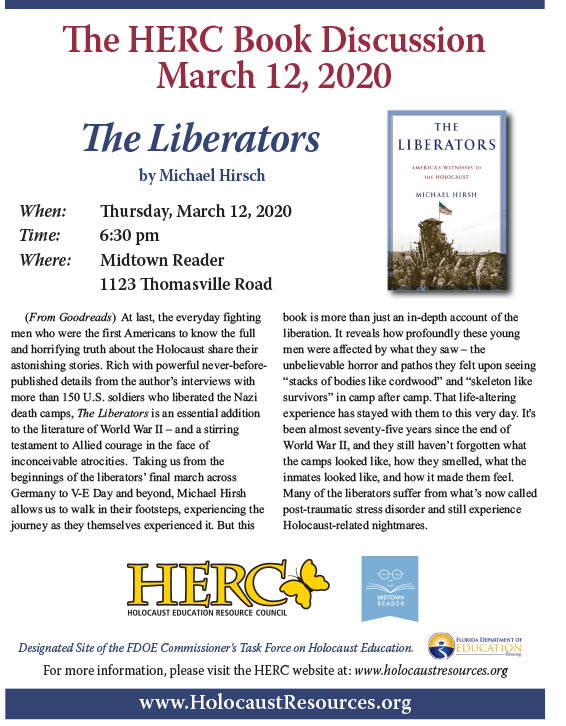 (From Goodreads) At last, the everyday fighting men who were the first Americans to know the full and horrifying truth about the Holocaust share their astonishing stories. Rich with powerful never-beforepublished details from the author’s interviews with more than 150 U.S. soldiers who liberated the Nazi death camps, The Liberators is an essential addition to the literature of World War II – and a stirring testament to Allied courage in the face of inconceivable atrocities. Taking us from the beginnings of the liberators’ final march across Germany to V-E Day and beyond, Michael Hirsh allows us to walk in their footsteps, experiencing the journey as they themselves experienced it. But this book is more than just an in-depth accoun of the liberation. It reveals how profoundly these young men were affected by what they saw – the unbelievable horror and pathos they felt upon seeing “stacks of bodies like cordwood” and “skeleton like survivors” in camp after camp. That life-altering experience has stayed with them to this very day. It’s been almost seventy-five years since the end of World War II, and they still haven’t forgotten what the camps looked like, how they smelled, what the inmates looked like, and how it made them feel. Many of the liberators suffer from what’s now called post-traumatic stress disorder and still experience Holocaust-related nightmares.