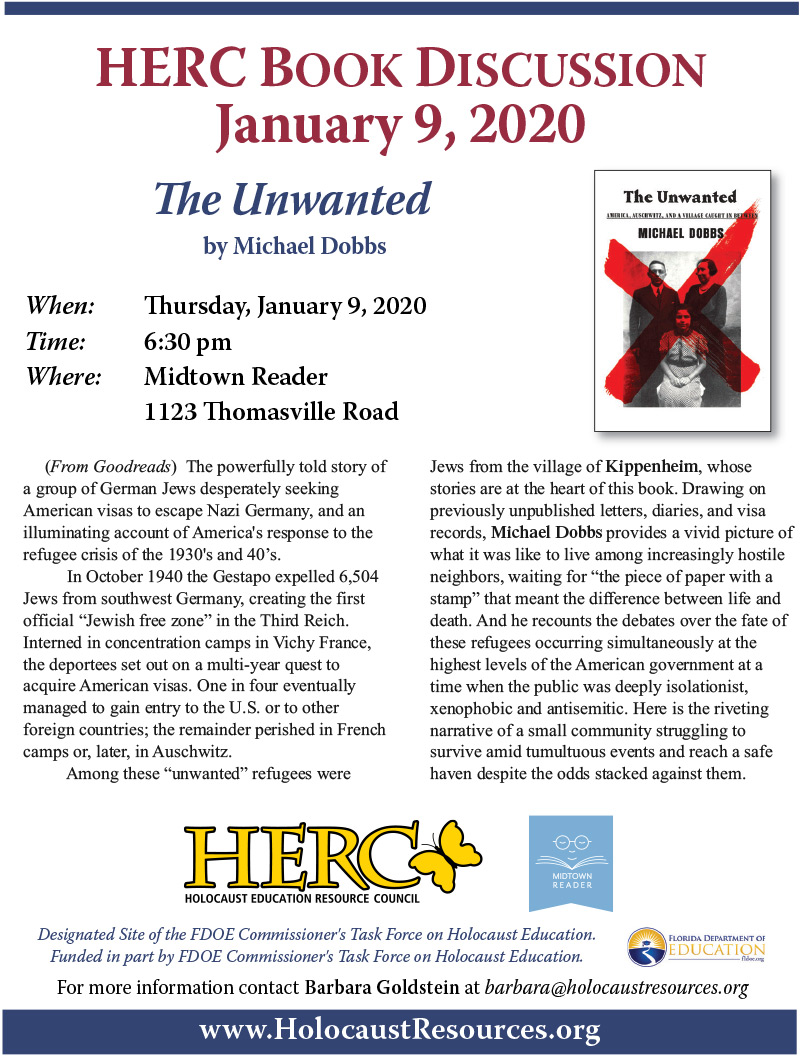 The powerfully told story of a group of German Jews desperately seeking American visas to escape Nazi Germany, and an illuminating account of America’s response to the refugee crisis of the 1930’s and 40’s. In October 1940 the Gestapo expelled 6,504 Jews from southwest Germany, creating the first official “Jewish free zone” in the Third Reich. Interned in concentration camps in Vichy France, the deportees set out on a multi-year quest to acquire American visas. One in four eventually managed to gain entry to the U.S. or to other foreign countries; the remainder perished in French camps or, later, in Auschwitz. (From Goodreads)