Witness to History: The Holocaust Remembered by Florida Survivors 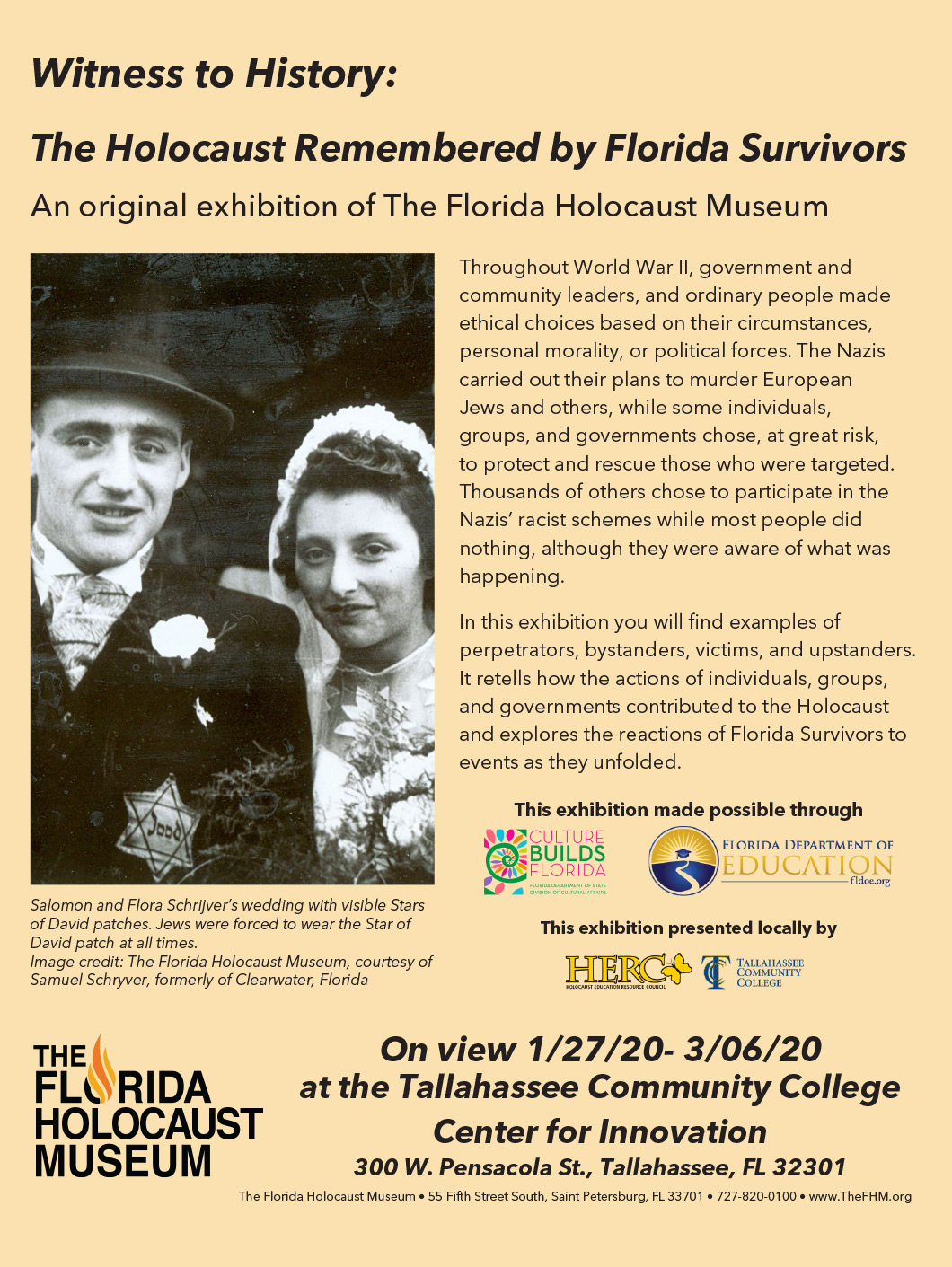 Throughout World War II, government and community leaders, and ordinary people made ethical choices based on their circumstances, personal morality, or political forces. The Nazis carried out their plans to murder European Jews and others, while some individuals, groups, and governments chose, at great risk, to protect and rescue those who were targeted. Thousands of others chose to participate in the Nazis’ racist schemes while most people did nothing, although they were aware of what was happening.

In this exhibition you will find examples of perpetrators, bystanders, victims, and upstanders. It retells how the actions of individuals, groups, and governments contributed to the Holocaust and explores the reactions of Florida Survivors to events as they unfolded.