HERC’s May newsletter is now complete. You may download the newsletter using this link.

HERC’s April newsletter is now complete. You may download the newsletter using this link.

HERC’s March newsletter is now complete. You may download the newsletter using this link.

Remembering the Holocaust to understand what divides America today. 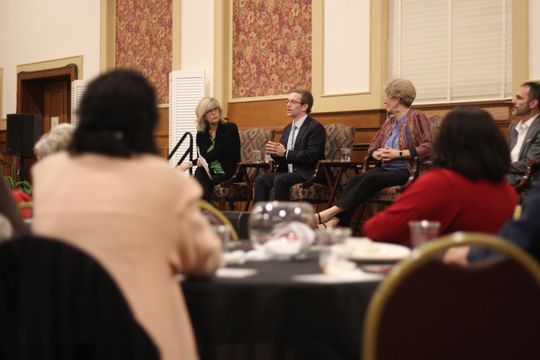 “People need to see each other as individuals and not as a stereotype,” said TCC Vice President for Institutional Advancement Heather Mitchell. “I think once you know something about somebody else, and once you hear a deep story … that’s what starts to change things.”

Mitchell said that one of the main goals of the event was to encourage open-mindedness and tolerance in the community. By gathering people with very different backgrounds into one space, citizens were able to communicate with people they may not have before.

“I think this is what helps break those walls down,” Mitchell said. “When people sit and they break bread together, people ask each other tough questions and have honest discussions, I think the stereotypes go away.”

This event opened the floor to discussion about issues that have existed since the Holocaust – such as discrimination and hate speech – in the context of modern society.

Attendees were given the opportunity to engage in “fishbowl” discussions at their designated tables. The topics got people thinking about how to address intolerance in everyday life and the balance between free speech and hate speech.

“I think having people in a room together and encouraging conversation amongst them helps you understand we’re all people,” Mitchell said.

“I think bringing people together in a very diverse group and having real conversations helps us understand … how you need to address people and how that needs to look moving forward,” Mitchell said. “And I think that’s the value of having young people. It’s a different perspective.”

The night also featured a panel discussion. Speakers talked about how the age of social media has led to the polarization of hate speech. Among them was Ryan Cohn, a partner and executive vice president of Sachs Media Group. He said that platforms like Facebook have enabled people to express their opinions, but have also made it more difficult to define the nature of offensive posts.

“I think that we’re seeing a blurring line of what’s hate speech and what’s just opposing viewpoints from what we believe,” Cohn said. “Whereas people with someone else’s feed [may be] very different from yours, they don’t see the world in the same way. Unfortunately, that tends to degrade what really is hate speech.”

With topics ranging from social media to education, panelists discussed the importance of diversity in the community and how communication is important for addressing discrimination. 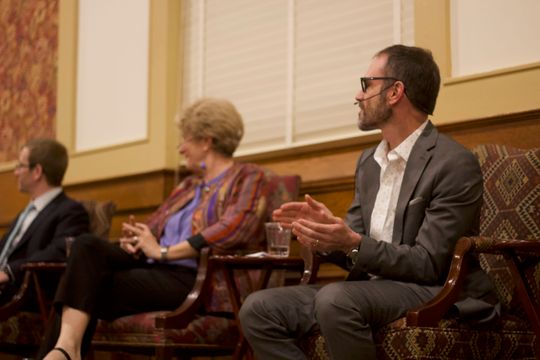 “Through education, sometimes you actually produce change in other human beings, and it’s a miracle,” said panelist Dan Leshem, who has a Ph.D. in Jewish Studies and serves as the executive director for Hillel at Florida State. “I don’t think we think about that often enough.”

Although the discussions provoked engaging conversation about the community, the historical context of the event was not forgotten.

“We stand on the shoulders of those that died in the Holocaust because we need to keep their memory alive so their death was not in vain,” Judge Nina Richardson said. “We’re all in this room, obviously here because it’s something important to us.”

HERC’s January newsletter is now complete. You may download the newsletter using this link.